These are a few activities that worked really well for me last week.

This is for me to remember in my practice what games, songs, etc. work and also to share ideas with you.
Most of the ideas below are really simple, they are tried and tested in various schools and they work!


I had never played this game before by fear of the chaos it might cause, but it worked really well with KS1 – who are taught in half classes (10-12 children at a time). I will be playing it again particularly with a small group. So I definitively recommend giving this a go.


Last animal standing:
Each child has a picture of an animal (could be anything, colours, days of the week, etc.) Call out each animal one by one and whoever has the corresponding picture is out and has to sit down. The winners are the last ones still standing before I called out the last animal. I did it first with just the nouns: un chat, un chien, etc. then we repeated the activity a second time but this time they had to listen to the sentences: J’aime...
This is a great listening game and to emphasise on the ‘careful’ listening element I only repeated each sentence twice.

Quiz, quiz, swap:
Play a song whilst children are walking around the classroom with a card/picture - when the music stops, they find a partner and ask each other a question (we practiced: Qu’est ce que tu aimes? What do you like?) then answer, once the conversation is finished they swap their pictures.
Repeat with 4 or 5 different partners.

I already posted about this last week – see here. It went down a storm with Years 5 and 6 and I will be continuing playing it as a starter/warm up activity in the next few weeks.

I recycled my idea of the ‘lift the flap’ guessing game that I used with Year 5 (see here) with Year 3 who are working on animals and likes/dislikes. We wrote the question on the outside and wrote the sentence and drew a picture on the inside. Volunteers came to the visualizer to present their game and we had to guess what it was before they opened up all the flaps.

After teaching the parts of the head/face we played a kind of ‘beetle drive’ game. Each part had a number: un : la tête ; deux: la bouche, etc. We rolled a big foam dice and drew the corresponding part of the face slowly building the alien face of their choice: le papa, la maman, etc.
It’s leading nicely to making our own portrait gallery of the alien family!! 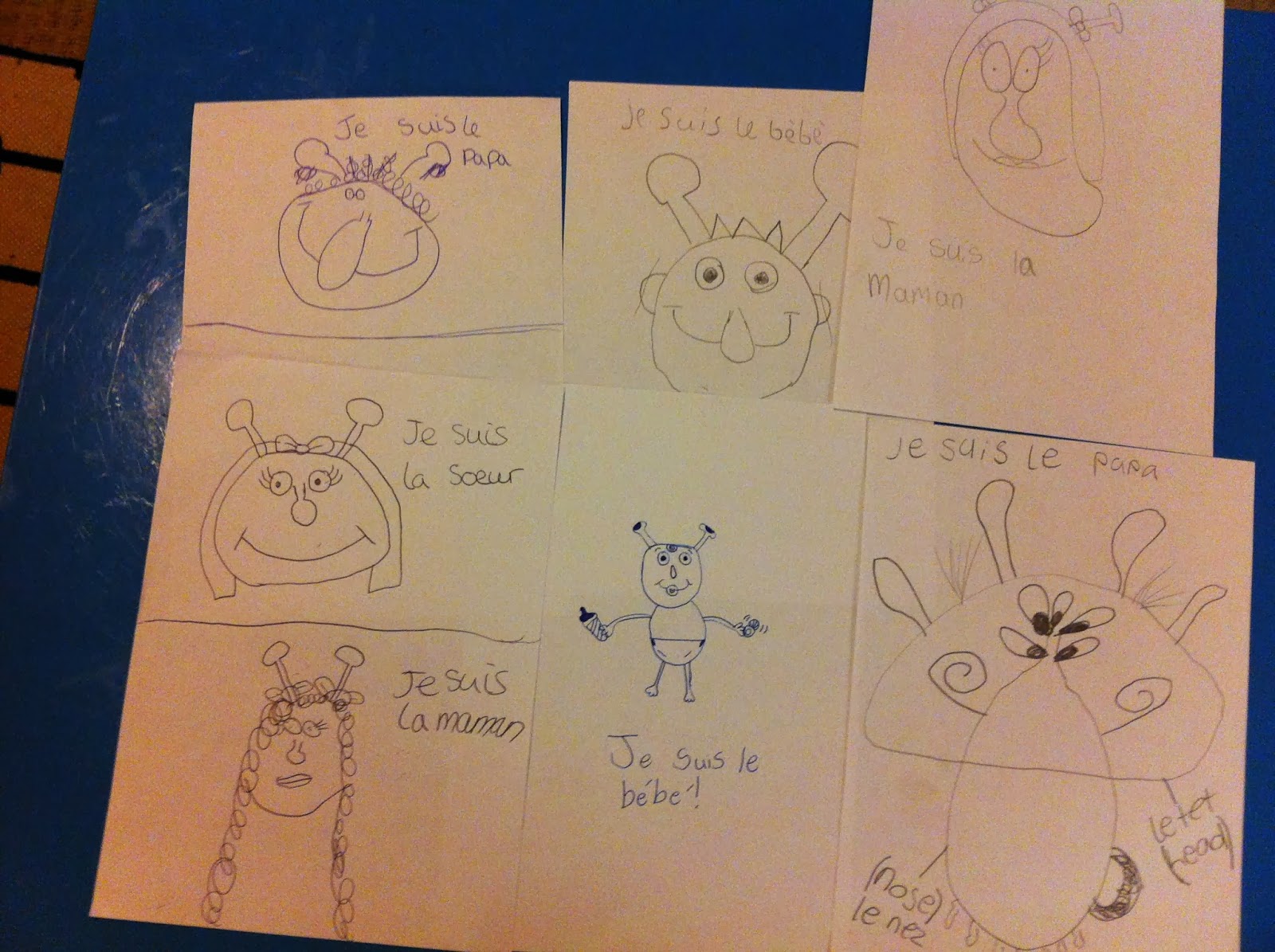 And you what worked well for you recently ?
Posted by Unknown at 11:52